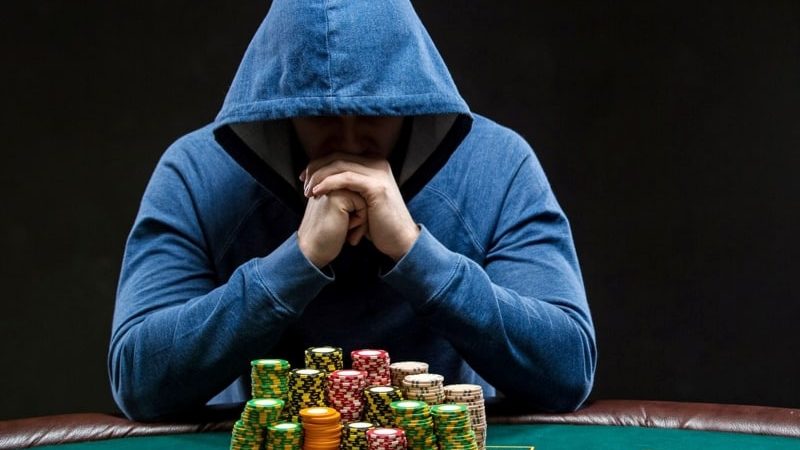 Minimum defense frequency, also termed MDF, refers to the frequency we need to call (or defend) a bet from our opponents in order to prevent them from showing an immediate profit with their bluffs, and it is a pretty important concept in terms of playing optimal poker strategy.

Since we want to prevent villain from bluffing with any four cards, we need to defend from his bluffs according to this frequency.

MDF is a good tool when we don’t have any other information about the player we’re currently facing, or the player pool we’re playing. It’s very useful when you don’t know what that games play like at a certain site or how the players play.

If you can’t make a read, whether a player’s over-bluffing or under-bluffing, you will have this minimum defense frequency as a baseline in spots where you are unsure. Then you will just call down a GTO frequency, and therefore become non-exploitable.

Alpha is the optimal ratio of bluffs to value bets. And it is the minimum fold equity villain requires to break even with a bluff. This means if we are folding more than one minus Alpha he’ll be making money with his bluffs.

If we want to get to Alpha, we have to divide the bet size that villain used (b) by the sum of the same bet size (b) and the pot size (p). The formula is as follows:

The minimum defense frequency is always one minus Alpha and in that case, it would equal 3/4. So, in that case, we would need to defend 75% of our range to make villain’s bluffs indifferent.

Now, let’s compare the minimum defense frequency to pot odds. Sometimes people get confused with what is what here, so here’s a scenario where villain bets half pot on the river and we calculate both values, from our GTO Bits course.

When NOT to use MDF

1. When we’re defending on earlier streets with multiple streets still left to play.

It could be that in some cases we’re in a severe range disadvantage where we actually cannot really defend the minimum defense frequency because it would put us into way more trouble on later streets or just simply cost us too much money.

Let’s say we open raise from under the gun and get 3-bet by a tight button, assuming he has like a 3% 3-betting range at that spot. Now the flop comes Ace-high, and we check to him and he can probably just bet his entire range because its s simply smashing that flop. And while we try to defend as good as possible, if we start to defend too weak hands of our range, we will just simply bleed money because they just can’t win the pot often enough.

So in that case, we have to surrender some parts of the pot. And in order to avoid making even bigger mistakes, we know in that case we cannot meet the minimum defense frequency. Therefore we will not try to meet it. Instead, we would just try to play every hand in isolation.

On the other hand, there could be occasions where your range actually is really strong and you will even defend more than the required minimum defense frequency against villain’s bet size. It could be due to villains poor bet sizing choice, but also just because of the range interaction with a board.

For example, when you have position it’s likely that you can even defend more than the minimum defense frequency because you can factor in your positional advantage.

2. When your opponent’s range does not contain enough potential bluffs or natural bluffs.

If you are playing against a very tight player who is probably only 4-betting Aces or something like AKKx and doesn’t really find that many 4-bet bluffs, and when the flop comes Ace-high he bets full pot.

In theory, according to MDF, you should defend 50% of your range against a pot size bet, but you can’t really do that because there’s no way 50% of your hands are strong enough to defend on an Ace-high board in a 4-bet pot because he’s just going to have Aces so much.

So in this case, he just simply doesn’t have enough bluffs and we are going to fold it. And we’re going to just play every hand in a vacuum, so some hands with very strong removal or backup equity will have the required equity to defend, but definitely not 50% of our range.

3. When you have information about villain that leads to better decision-making than minimum defense frequency.

Also when villain is over-bluffing we can probably just call with most of our bluff catchers and be fine with it because he simply has too many bluffs. We shouldn’t stick then to minimum defense frequency if we have reason to deviate from that.

A simple and intuitive way to study and practice PLO GTO frequencies is our in-house PLO Trainer Web App, so make sure to check it out!

We don’t want villains to make money with their bluffs and therefore, we need to call a sufficient amount. And this amount we can just calculate using the given formula.

While MDF is a very powerful tool and a very important concept in poker, there are a lot of situations where you can miss-apply the minimum defense frequency, so make sure you understand where it’s profitable and when it can be detrimental to your strategy. 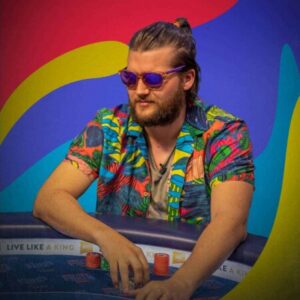 I'm a long-time mid-stakes PLO player who’s never afraid to battle it out at the table. Once the cards are dealt, I'm a fierce opponent who takes pleasure in inducing mistakes. I play all kinds of PLO games: 4-card, 5-card, Heads Up PLO, and MTTs.

When to Fold in Poker: How to Make the Best Pre-Flop and Flop Decision

Poker Blockers: A Quick Look into Basic Guidelines and the 4 Main Types

A Quick and Easy Guide to Donk Betting (With Hand Examples)

Manage Cookie Consent
To provide you the best experiences, we use technologies like cookies to store and/or access device information. Consenting to these technologies will allow us to process data such as browsing behavior or unique IDs on this site. Not consenting or withdrawing consent, may adversely affect certain features and functions.
Manage options Manage services Manage vendors Read more about these purposes
View preferences
{title} {title} {title}