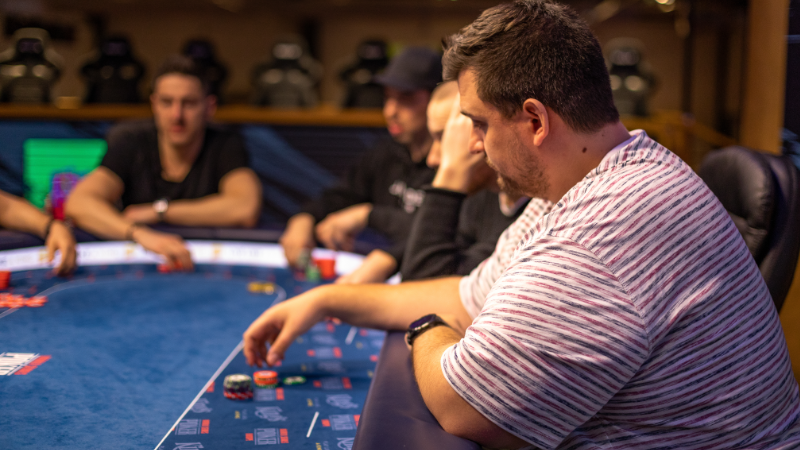 PLO tournaments are a widely unexplored facet of PLO strategy. Most PLO players are cash game players and not tournament professionals because there simply isn’t enough tournament volume to grind full-time.

Whenever a new format is introduced a lot of new players are trying it out, and they usually don’t really know what they are doing. So there is an opportunity to gain a massive advantage in PLO tournaments by doing research, doing the math, and studying harder than anyone else.

Big edges are possible, and here are a few reasons why:

In this article, I will give you a glimpse of what is happening differently in tournaments compared to cash games and how that influences our strategy:

If you want to learn more about how to play PLO tournaments, make sure to check out our PLO Tournament Strategy course, where I talk about pre-flop, post-flop, and final table strategy, among other things.

When you play a shorter stack, the quality of your starting hand matters a lot more than when you are deeper stacked, so you have to be more selective. Position and deceptiveness also matter more. Overall, you don’t want to open raise as many hands and you don’t want to 3-bet as loose.

If you are raising full pot, it commits a bigger portion of your complete stack, and therefore you have to be careful with this action.

It’s standard in cash games, but when you play tournaments, you should raise smaller to risk less of your complete stack to have a higher SPR. But also, when you’re facing a 3-bet and you’re not holding a great hand you can still fold or call without committing too much of your stack pre-flop.

There are also some benefits to raising smaller. Maybe your opponents are over-folding, playing too many hands, and you get to the flop with a smaller investment, which is going to bring more of the gameplay to post-flop streets.

The reason you don’t want to commit a large part of your stack preflop is that a lot of the edges that you generate are going to come from your post-flop advantages, specifically against players that are not that familiar with PLO.

In the following clip, I talk about ultra short-stack strategy, which refers to having 10 big blinds or lower, and why it’s such an important aspect of tournament strategy.

When you are approaching or are past the bubble (the point in the tournament where the last player without a prize goes bust), you do not want to employ as loose of a strategy as suggested in the previous clip.

In fact, oftentimes when stacks are low all over the place, you want to be careful and play tight when you are dealing with pay jumps, such as in the final table.

If there is a rebuy or re-entry option, you have to reconsider how much the tournament is going to cost you on average, which in turn is going to change your bankroll requirements.

A lot of tournaments will have the possibility to rebuy or re-enter because the variance can be quite large. This is a very important topic that you have to consider because it can generate a massive edge for you.

Basically, when tournaments have any of these options, I like to play aggressively before the re-entry phase stops by opening for large sizes. It’s worth increasing the variance by raising bigger and forcing more action early in the game when you still can rebuy or re-enter.

But it’s still not an excuse to make mistakes and gamble it up.

By raising larger in the beginning stages I am building bigger pots and give myself a better chance to develop a big stack size that will help me get through the last stages of the tournament.

Bigger stack sizes will allow me to raise more often than other players who are frozen up by holding medium or small stack sizes.

You pay a rake before you enter the tournament, but you don’t pay rake in individual hands. This is the opposite of when you play cash games.

When there is no rake being taken post-flop, there is a much higher incentive to actually open limp and see a flop.

In cash games, you are less incentivized to see a flop because you are going to pay rake on every single board that comes off, but you’re not going to pay rake if you win the hand pre-flop. That’s not the case in tournaments, therefore you have more incentive to see the flop and move your edges towards the post-flop situations, and you do that much more by limping.

In the following clip, I talk more about limping and bet sizing in PLO tournaments.

Small player fields are incredibly soft and also much smaller in regards to variance, so the possibilities of winning the tournament are higher.

Because the fields are smaller, these tournaments won’t take long on average compared to any tournament with a lot of runners.

Figure out what is the PLO schedule in all the poker sites you have access to, and maybe throw in a tournament from less popular sites with fewer players while you are playing your cash games.

It can be good for getting more consistent results and boosting your cash game bankroll.

Although it’s complicated to become a full-time PLO tournament pro, studying tournament strategy and adding this format to your PLO tactics can give quite the boost to your bankroll.

Just make sure to remember: 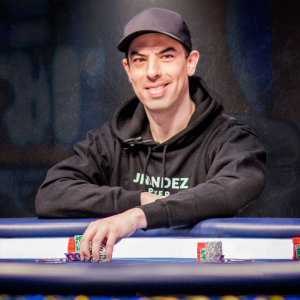 As a PLO poker pro I've coached a lot of players, developed high-quality learning programs, and wrote a book about Mastering Small Stakes PLO. I love helping players figure out the game, transform their minds, and achieve success in life and poker.

When to Fold in Poker: How to Make the Best Pre-Flop and Flop Decision

Poker Blockers: A Quick Look into Basic Guidelines and the 4 Main Types

A Quick and Easy Guide to Donk Betting (With Hand Examples)

Manage Cookie Consent
To provide you the best experiences, we use technologies like cookies to store and/or access device information. Consenting to these technologies will allow us to process data such as browsing behavior or unique IDs on this site. Not consenting or withdrawing consent, may adversely affect certain features and functions.
Manage options Manage services Manage vendors Read more about these purposes
View preferences
{title} {title} {title}